Motor Collisions the Most Common Cause of Spinal Injuries 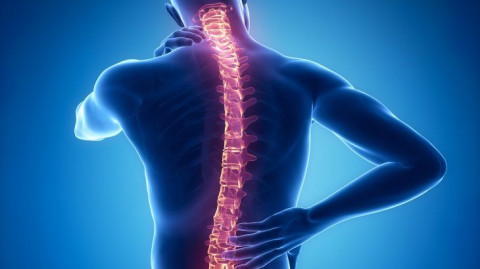 ​The most common cause of spinal injuries in the USA is motor collisions according to reports, with 44% of those affected by the injury having been involved in an accident on the road.

It's believed that around 400,000 Americans are living with spinal cord problems, the vast majority of men between the ages of 16 and 30. It's a growing problem and in many cases can be so severe it's completely life-changing.

According to Newsome Melton, a brain and spine injury lawyer specialist, it's estimated that there are 12,000 new cases every year, as people look to compensation in order to fund rehabilitation and medical care.

For some, the costs can hit as high as $400,000 in the first year alone in the most severe cases, with a person partially paralyzed potentially incurring costs of over $100,000.

Falls account for around 27% of injuries, with sports accidents 7.4% and violence accounts for 15%. In many cases, there is a cause that could simply have been avoided and in such cases, patients would have a right to claim compensation.

For motor accidents that's almost certainly the case, while inappropriate safety measures in the workplace is also a common factor in the suffering of spinal injuries.

Claiming compensation can be vital in order to cover the cost of lost work and medical care and successful cases will explore expenses such as rehabilitation, counseling, medical care, travel expenses, lost wages, permanent care, support for family and even funeral costs should the worst happen.

In the case of the latter, you would be required to claim wrongful death. In the USA around 2.35million people are injured or disabled due to motor collisions each year, with 37,000 people losing their life. It's an incident that could happen to anybody and negligence is the most common reason.

There are dozens of campaigns out there designed to increase awareness about being safe on the road and there are many laws that are now in place across states to help prevent the likes of cell phones being used at the wheel. As it stands, texting causes 25% of accidents each year, with drivers using their device six times more likely to cause an accident than drink-driving.

And it's for these exact reasons why people look to seek financial reward for being struck down in an accident that wasn't their fault. It's easier than ever before to claim, with attorney websites available with just a few clicks these days, and they'll take it from there, keeping you completely informed along the way.

For as long as people continue to be negligible on the road, there are going to be accidents which could be avoided. By staying safe and following laws, drivers are more likely to stay safe and avoid accidents, and at the same time avoid being taken to court.

Tweet
Tags:
Personal Injury
Scholle Law Obtaining $14 Million Dollar Verdict i...
What to Do If You Are Busted On A DUI Charge

Why You Should Have a Personal Injury Lawyer Represent YOU

What you should know about personal injury cases in Charleston

Tips To Negotiate Personal Injury Claims Without The Help Of Attorneys