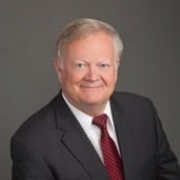 There are many misconceptions about child custody not only in Fort Worth but the entire world. Some divorcing parents are forced to believe in such myths because they are very common to a point many people think they are facts.

It is however important to get facts straight to those starting on this journey or even those that have been to several court proceedings but yet to receive the verdict from the judge.

This is a common myth whereby those abandoned believe the other parent forfeits child custody the moment they left. They end not filing for child custody. Legally, both parents share child custody both legal and physical until they receive a formal child custody order from the court.

There are many parents who do not know that they are entitled to free legal representation.In child custody case if you cannot afford the services of a professional lawyer then you can request the court or legal aid to help by appointing one for you.

The main reason why you should hire a professional child custody lawyer is because they better understand the legal and court procedures such that they can help you get through the process faster. You are however entitled to represent yourself in court if you want to.

A child custody court order is not final and can be changed by appealing. With the help of a professional family lawyer experienced in child custody cases, you will be able to file the right paperwork. Legal representation in the appeal process would also be vital in altering the previous court order

The court is not biased in any way based on gender. The court has only the interests of the child and therefore looks into various factors other than gender or financial standings.

The decision of the court is never solely determined by the well being of the couple. A number of factors are looked into.

Usually child custody/visitation and child support are considered completely different issues.This therefore means that failure to pay for child support does not guarantee that one will be denied visitation

Legal custody is a case whereby a parent has legal obligations to their children but can't live with them. In such a case, the parent will participate in crucial child welfare issues such as medical care and education.

This is one major misconception that many parents have. Parents don't have a right to their children but rather obligations. Children on the other hand have all the rights and that is why the court always has the child's best interests taken care of.

There is no law that says this. What happens is that as the child grows older, they will tend to be dissatisfied with spending time with either parent. In such a case, a court hearing should be organized to change the parenting arrangement.

However, the child's wishes will have to be keenly scrutinized before a decision is made. Family reports from a neutral party especially a psychologist is taken as crucial evidence to grant the child his/her wishes.

This is quite common as you will hear messages passed to the other parent after a weekend of visitation. As much many parents think it is working, the truth is that you are dragging the child into your own mess.

If divorcing parents have to communicate on anything, let them do it without involving the children.

Child support is actually factored in to provide financial support for the child. Whether they hold joint custody or not this should be set with the salaries of both parents factored in.

After divorce, there are some parents who maintain a respectful relationship like calling each other to know the well being of the child and offer the necessary support as needed. When this is the case, they feel there no need to involve lawyers and the court.

What will happen when your partner decides to move on and marry or get married? Such are the complexities of divorce that the court looks into and gives a custody order that will have the best interests of the child.

Courts usually have a mathematical formula that puts various factors into perspective whereby income of the parents is just part. With the formula, both parents will be given the amount they will pay as child support until the child attains the legal adult age.

Now that you have learn the common misconceptions out there regarding child custody, it is crucial to make up your mind whether to hire a fort worth child custody lawyer or not. Despite the fact that you can file for legal child custody on your own, a legal family lawyer specialized in child custody will offer many benefits by representing you especially if the other parent has one already. With a family lawyer, you will get to understand the entire process, guide you through the legal system and follow the right procedure to ensure the case is decided on your favor.

More posts from author
Wednesday, 14 June 2017 15 Common Myths About Child Custody
Tuesday, 16 May 2017 When It All Falls Apart- Why You Need A Divorce Lawyer In Fort Worth
Monday, 08 May 2017 A Family Law Attorney Fort Worth Will Help You Solve Issues With Your Spouse